The Best Time for Exterior Painting In Winnipeg

21 May The Best Time for Exterior Painting In Winnipeg

Posted at 12:45h in Exterior Painting by Pinnacle Painting

Winter is finally over! I don’t think we’re going to see any more snowfall, though I’m writing this on May 1st, and just a couple of days ago we had snow, while 2 weeks ago the temperature hit around 20 degrees. 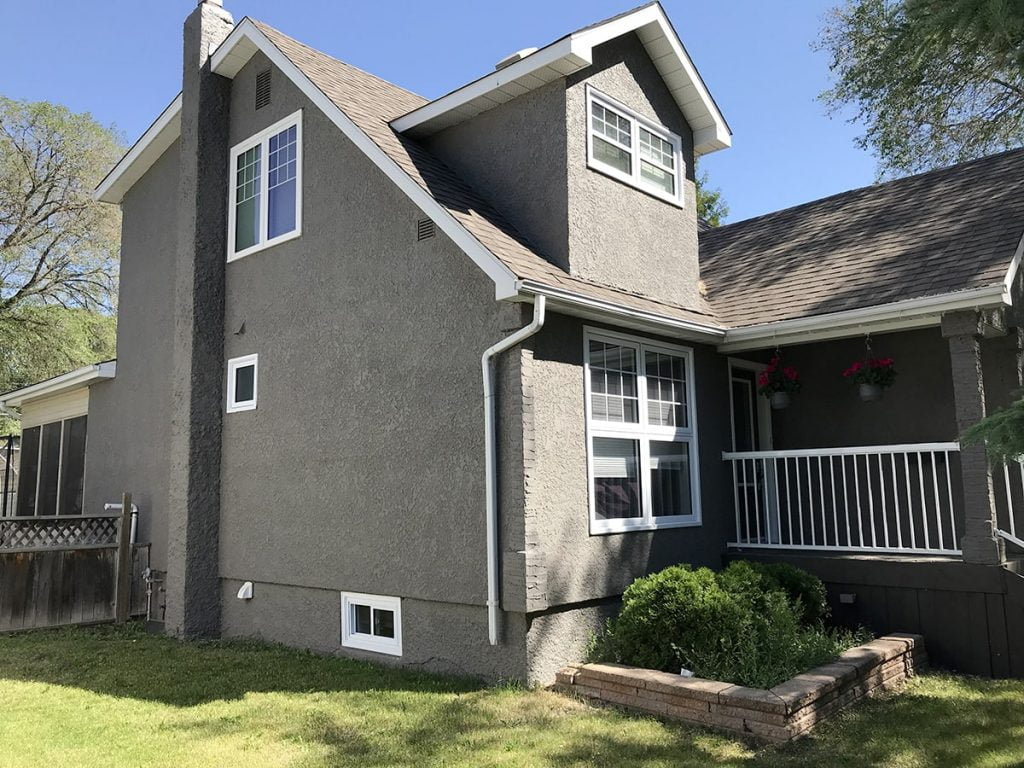 That’s the problem with Winnipeg in the springtime; the weather is exceptionally unpredictable, and while we’re pretty confident we won’t be getting -40, we can go from hot and sunny to cold and snowy in the span of just a few days. When winter finally leaves, most of us are in a pseudo-manic state, rushing around to do as much outside as possible; that’s why it’s tempting to paint your house as soon as April comes around. But should you? What is the best time to paint your home’s exterior in Winnipeg? That’s what we’re here to find out.

The first thing we have to look at is temperature. When the paint is too cold, it doesn’t cure properly, which can make it prone to cracking quite quickly; it may also be too thick, and not adhere properly. Conversely, when the temperature is too high, the paint dries much too quickly, leading to uneven coverage and visible brush marks. The optimal temperature for painting is between about 10 to 30 degrees Celsius. The calculation doesn’t stop there, though; if you paint when it’s 10 degrees, but the temperature drops to 0, you’ll end up with curing problems, and if you paint when it’s 30 degrees, but the sun is beating down on the wall your painting, and raises its temperature, the paint may dry too quickly. Temperature volatility is thus problematic for many Winnipeg painting projects.

Humidity is another important element. Generally, you want the relative humidity outside to be about 40-50%. When it’s too humid outside, the water in the paint can’t evaporate into the air, so the paint takes much longer to cure, and can end up runny. Conversely, when the air is extremely dry, the water evaporates too quickly, and you end up with a situation not dissimilar to if it was too hot out. While the 40-50 humidity mark isn’t strictly necessary, you won’t want to go beyond the extremes; 20% or 75% humidity is probably cutting it pretty close to the unpaintable range.

You want to watch out for inclement weather, too, for a lot of obvious reasons. Humidity is bad, precipitation is even worse. Painters are also not super keen on painting in a blizzard or thunderstorm. So what are the best months to paint in Winnipeg?

Well, the average low in October, November, December, January, February, March, and April is below 0 degrees Celsius, so we can cut those out. Late May isn’t quite so bad, but early May tends to dip below 10 degrees, so it isn’t optimal. June, July, and August and September are looking to be our best months, with August and September being optimal because they have the least precipitation; all of those months have about the same relative humidity of about 55%. Early October can also be relatively warm, so that can be a good bet if you can’t get your home painted earlier!